Meat appears as an essential part of food industry of the republic as we have all prerequisites for cattle breeding development due to a favorable climate and natural conditions. Animal production in Uzbekistan, according to official data, grows annually in average by 5-7%. In 2014, the total amount of livestock production has formed 15.1 trillion soums. Overall number of cattle, according to the State Statistics Committee, has reached 10,99 millions (103.7% comparing to 2013). All categories of farms in Uzbekistan produced 1.9 mln. tons of meat in live weight in 2014 (with a gain of 6.7% comparing to 2013). Most of meat consumed in Uzbekistan, as well as in most countries in the world, is cattle – more than 76%, milk production has exceeded 8,4 million tons (7% more). According to the official statistics, most of cattle breeding is accumulated in dekhkan farms – 93.9%. The share of this category of farmers in total last year’s meat production exceeded 94%, as for milk – 96%. Along with this, as a result of successive steps in development of cattle breeding in the last 5 years, the number of cattle in the country increased by 121%, sheep and goat – by 120% and poultry – by 1.5 times. This has contributed to increase in production of meat products by 130%, milk – by 138% and eggs – by 162%. In addition, consumption of meat, milk and eggs for 1 person in 2014 increased in 1.3, 1.6 and 1.5 times correspondingly comparing to 1990. Currently, livestock products form 42% of the total agricultural production of the country. This growth in recent years has also been provided both by increasing in the number of livestock, and by animal productivity growth. 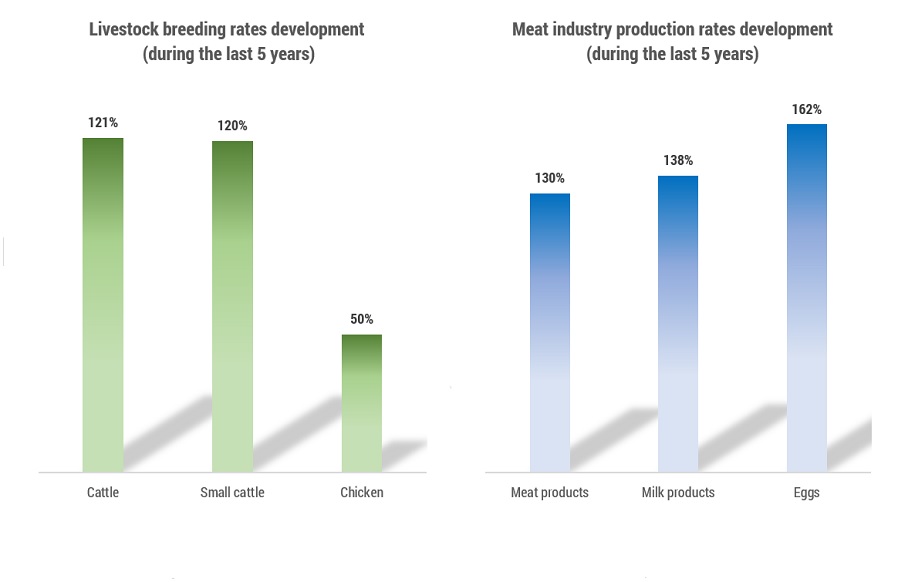 Program of measures to ensure structural reforms, modernization and diversification of production for 2015-2019 was adopted in Uzbekistan in 2015 in order to develop high-tech industries and ensure sustainable economic growth. Under the terms of the program the total number of investments in the sphere of meat industry will make 15.7 million US dollars. 6.5 million of them will be spent on construction of four new production plants in different regions of the county. The rest 9.2 million will be spent on modernization and expansion of production of the 6 largest producers of meat and meat products in Uzbekistan: “Master Delikatesov”, “Rozmetov ZM”, “Ibrakhhimov KhH”, “Agro Bravo”, “Bakht” and “Sieb Shavkat Orzu”. Uzbek commercial banks were encouraged to open special credit lines for entrepreneurs in this area for loans and leasing services at an interest rate not exceeding the Central Bank’s refinancing rate. The main focus was on acquisition of production equipment and purchase of raw materials required for manufacturing of food products. The rate of uniform tax payment for microfirms and small-scale enterprises reduced for 50% till January 1, 2014 with a purpose of channeling the funds for technical re-equipment and modernization of production. According to experts, this was a good chance for rapid and even development of small processing plants, equipped with advanced technologies in all regions of the country. 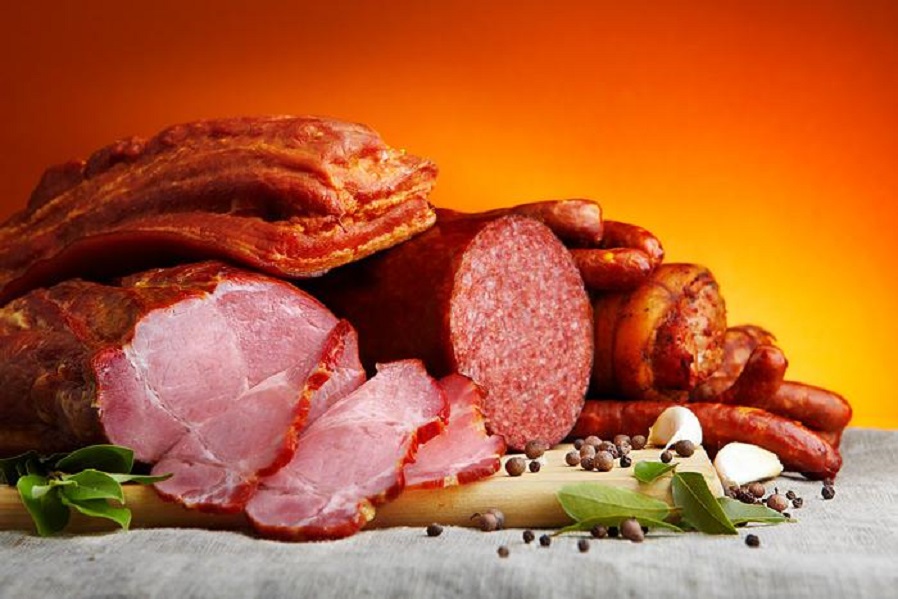 Cabinet of Ministers launched the project of creating a network of mini-complexes for automated slaughter of cattle and small cattle, and primary processing of hides in all regions of the country in order to improve the quality of meat production and meat processing sector of the republic development. Implementation of this initiative is scheduled for 2015-2016 years. Creation of such a production unit in “cattle – meat – meat products” commodity chain will bring the quality of raw materials for meat products and semi-finished products up to international standards, will ensure compliance with health and hygiene standards in production process and will improve the industry’s performance as a whole.