DEVELOPMENT STRATEGY OF TEXTILE INDUSTRY
Currently, textile branch has significant industrial and commercial potential in any country due to the wide range of goods and services (sewing, weaving, knitwear). Light industry of Uzbekistan, in particular textile market, is one of strategically important and dynamic sectors of the national economy. The branch has fundamentally changed over the years of independence. While there were only 4 large textile complexes in the country before 1991, enterprises with a huge production potential have been established over the years of independence. Among them: “Uztex”, “Daewoo Textile” JV, “Indorama Kokand” JV, “Papfen” JV, and other, mainly non-state enterprises producing most of the country’s light industry products. Modern Uzbekistan annually increases the pace of structural reforms in the field of textile industry. Ongoing activities contribute to growth of competitiveness of the manufactured products, not only in domestic but also in the global market. Currently, there are more than 2,500 textile enterprises in the country. Approximately 400 enterprises of light industry were created with help of foreign investments. Foreign capital in excess of 2 billion USD are invested in the sector. Well-known foreign manufacturers of textile machinery and products from Switzerland, the UK, South Korea, Turkey and others work in the territory of Uzbekistan. It is expected introduction of 1630 light industry investment projects worth of $ 1.286 billion by 2016 and approximately 63.2 thousand jobs will be created.

The following data represents the role of light industry in the macro-economic sector of the country: at present it gives about a fifth of gross domestic product, it is concentrated a third of all workers in the industry of the republic. Over the years, light industry has formed from 25 to 28% of the state budget. Coordination of development of light industry attracts investment and technical upgrading of its leading enterprises, export capacity and expansion of import substitution is carried out by the Cabinet of Ministers of the Republic Uzbekistan. Implementation of measures for production of import-substituting and export-oriented products ensured continuation of dynamic development of light industry. Enterprises of the industry produced goods for 10555.5 billion soums in 2014, including ginning – for 4.1145 trillion soums (107.0%), without ginning – for 6441.0 billion soums (122.7%) (rate of the CBU at 08.03.2015 1 $ = 2575.18 soums).

The level of domestic processing of cotton fiber in Uzbekistan has reached 50%, which au naturel is about 480 thousand tons. Over the last year the volume of cotton processing enterprises of the republic has been increased by 5% (based on the results of the previous year there was 45%). By the end of the current year it is planned to put into operation 31 investment projects, the total cost of which will make more than $ 231,920,000. Successful implementation of these projects will ensure creation of 4.2 thousand new jobs. Program of textile industry development for the period of 2011-2015 was approved in December 2010, where there are identified 55 projects, including the vertically integrated textile complexes in various regions of our country. Among them, “Indorama Kokand Textile” joint venture (project cost $ 31 million, annual capacity of the plant is 7 thousand. tons of yarn), ООО “Namimpeks textiles” (project cost $ 7.2 million, plant capacity 3.9 thousand tons of yarn and 2 million pieces of finished products, number of jobs created – 500 people), “Textiles Teсhnology groups” JV (project cost $ 73 million, annual capacity of 6 thousand tons of yarn). Considering that development of the industry, first of all, depends on the condition and training of employees, great importance is given to this issue. More than 6 thousand employees of enterprises have passed qualification training over the last 8 years, some of which has been trained in Korea, Germany, Italy, Turkey and Japan. Experience in creation and operation of joint ventures has led to significant positive results, outstripping increase in the share of joint ventures in the overall volume of production and exports of “Uzbelegkprom” enterprise. Nowadays, the main export markets for Uzbek textile products are the CIS countries: in the first place, Russia, the EU countries, and Korea. Good potential to expand exports have also Arab countries. But the geography of export products manufactured by the domestic enterprises increases, and today Uzbekistan has already begun to develop the markets of South America, Canada and the United States. 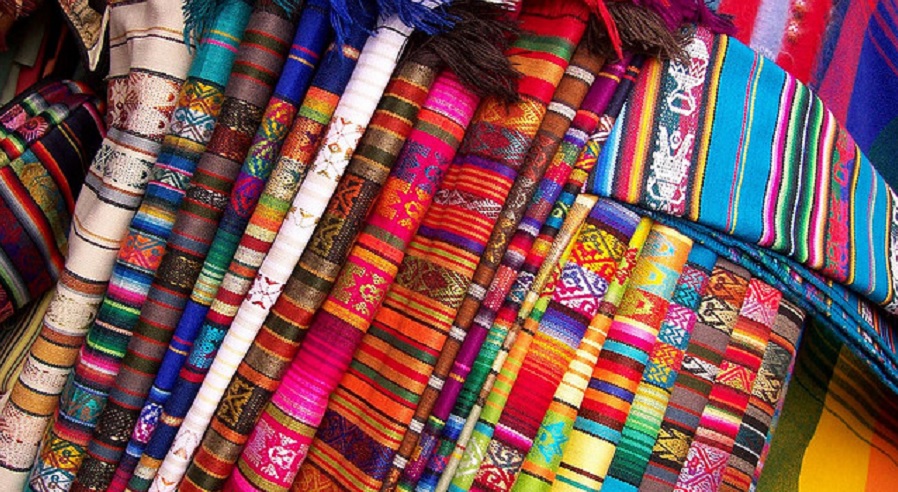