Herbal medicines are generally prepared by extraction technique. According to the processing they are divided as follows:
1) galenicals
2) neogalenicals

Galenicals – a group of substances derived from plants by sedimentation and filtration and included in remedies. They are not chemically individual agents but complexes of сompound materials. Extracts containing complex substances often act differently than separate chemically isolated pure substance. Therefore, the therapeutic effect of galenicals is formed by all complex of biologically active substances contained, increasing, reducing or modifying the action of basic substances.

Neogalenicals – high-purity drugs derived from herb compounds. Compared with pharmaceutical drugs, they have more particular specification, do not have side-effects due to the lack of free compounds (resins, tannin), and can be used for injections.

The production of such drugs is based on extraction processes; several methods are usually used: extraction system “solid – liquid”, “liquid-liquid” and selective extraction. The most widely used industrial extraction method is “solid – liquid”, where herbs or substances of animal origin are used as a solid components. As most available, safe and efficient water and alcohol are used mostly. Also, in some cases, it is permitted to use chloroform, methanol, vegetable oils and liquefied gases. 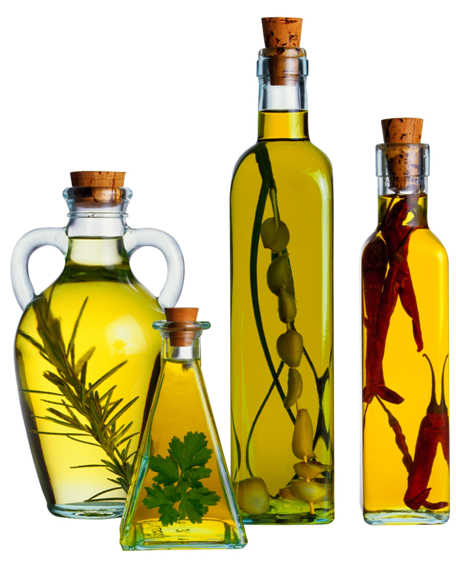 Currently, the following well-known methods for the preparation of tinctures:

Maceration – previously widely used in pharmaceutics method, currently losing its popularity due to insufficient removal of substance from herbal material. The method is as follows: chopped raw material with the prescribed amount of the extractant is charged into the maceration tank and is infused at 15-20 ° C, being stirred periodically. Unless time frame specified, the infusion is commonly carried out for 7 days. After extraction completed, the draw is decanted, the residue is squeezed, wrung draw is washed with a small amount of extractant, then drained again, the squeezed draw is added to the first portion, and finally the combined draw is adjusted to the required volume of extractant. Due to the low efficiency of this method, its more intense modifications: fractional maceration, maceration with forced circulation, whirlpool turboextraction, ultrasonication, extrusion, grinding are usually preferred.

Percolation – filtering the extractant to extract the plant material through in order to remove substances soluble in the extractant. It is usually carried out in cylindrical metal containers – extractors. Percolator design varies depending on the specificity of final product. At the bottom of extractor is a perforated metal membrane filter material. The process is divided into 3 stages:

Practically upon receiving tinctures they make changes in the process in order to increase the extraction intensification. Often, instead of common percolation they use extraction, circulating, and combinations thereof. Final product appears as turbid liquids containing suspended particles. Purification of such products is performed by sedimentation at low temperature to obtain a transparent liquid. Further filtering is performed by decanting by filter presses, druck-filters and centrifuges. The regeneration of the extractant from the significantly reducing operating and production costs is the last step in the process.

Dry (rich) extracts solution – is used in exceptional cases, if common extraction methods are found difficult to perform. The technology is actually a simple dissolution up to the required concentration of a certain amount of dry extract in the reactor filled with alcohol. 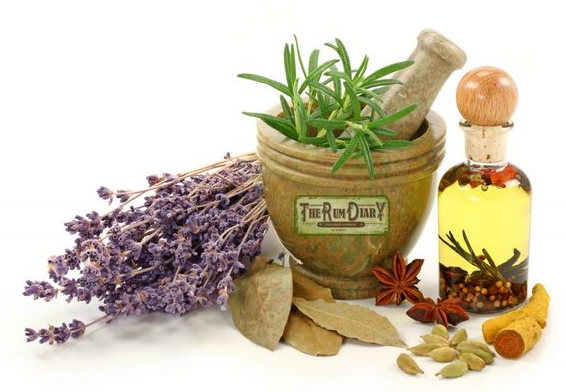 In order to maintain its medicinal properties, tinctures should be stored in airtight containers in a dark place at room temperature. However, after some time there is loss of insoluble sediments as a result of chemical interaction of the contained substances (sugars, tannins, organic acids, pigments, alkaloids). Tinctures with sediments are allowed to apply after additional filtering has been made.

Tablets – compressed dosage drugs or mixtures of medicinal and complementary substances for internal usage. Currently, tablets represent more than 60% of finished drugs production. Among the advantages of this dosage form can be noted:

– target effect on a particular part of the body

However, the tablet form has its drawbacks:

1) according to the composition: simple and complex;

2) according to the structure: frame, single-layer, multi-layer;

3) according to the coating technique: coated, film-coated and pressed dry coated;

4) according to the shape: flat, convex, cylindrical, angular etc.;

6) according to the way of producing: pressed, molded 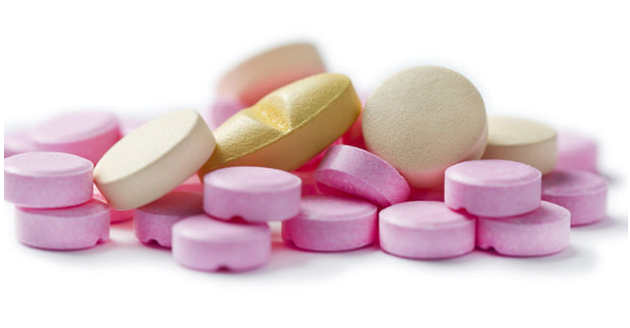 Raw materials (medicinal powders) to the beginning of process must be prepared and scaled. Scaling is done in a dry box by aspiration. After scaling the raw material is supplied to vibrating sieving. Next step is mixing of substances upon the approved composition and proportion of mixing drug components. Homogeneous mixtures are prepared in tablet batch paddle mixer.

Further, depending on the receipt and the mechanical properties of the raw materials the manufacturing process may proceed as follows:

1) Direct compression – tablet producing from the granular or powdery material under pressure. Pressing is carried out on a rotary tablet machines and consists of a sequence of operations of dosing, compaction, ejection and dropping. Direct compression is acceptable in cases where the feedstock is initially suitable for the formation of tablets of physical and mechanical properties.

2) Wet granulation – powder material conversion process in certain grain size, which improves the flowability of the material to be tableted using humidifiers. It consists of the following operations:

– sieving on a vibrating sieve

– processing and drying the pellets in drying ovens

After adjusting the residual humidity in the mixture is not greater than 2%, granular material can be fed to a tablet press. Sometimes mixing and granulation can be implemented in one unit, which is achieved by forced stirring circular particles, colliding them with each other and simultaneously feeding a granulating liquid. To speed the process and reduce the energy consumption dried granules can be produced in a fluidised bed.

3) Dry granulation – used if the medicinal substance can be decomposed by water. Therefore, raw powder are transformed into briquettes and then milled to groats. Since the granules obtained by dry granulation have a rough surface, which prevents their precipitation from the loader, results in sticking to the parts of the tablet press and causes defects in the tablets, dusting operation should be carried out – the application of finely divided moving and disintegrating agents on the surface of the granules. After dusting operations are completed, granulated material can be fed to tablet press.

Finished tablets are passed through a perforated rotating drum and cleaned of dust sucked vacuuming.

Further, in order to maintain the shape of tablets, prolong medicinal quality, give protection against external influences, tablets must be coated. This operation is carried out on the coating machine – tablets are placed into a rotating drum and sprayed with a film forming liquid. The feed plant air evaporates the liquid and dries the film layer. Depending on the solubility of the coating film is divided into water soluble, soluble in gastric juice, soluble and insoluble in the intestines coating.
Coated tablets can be fed to the packaging units.

Food supplements – a composition of biologically active substances intended for direct reception with food or input into the food products. According to the technique they are classified as follows:

2) food products – used for everyday meal and enriched by active substances not presented in the its composition before. Production of additives of this type is controlled ХАССП (HACCP) control system.

According to the physiological effect, supplements are classified as follows: 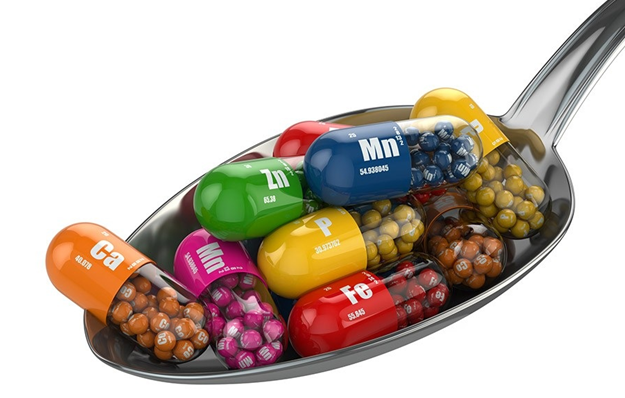 Nutriceutics – concentrates of biologically active substances that enrich the human diet by individual components in order to adjust the level of their contents corresponded to the physiological needs of man. These include vitamins, minerals, amino acids, dietary fiber. Components of nutraceuticals are well-researched, and the rules of their usage for different population groups are clearly set.

Parapharmaceuticals – a class of food supplements, similar in appearance and action with medicines (pills, capsules, tinctures). Parapharmaceuticals can be produced based on herbs and food plants, bee products and have a health-building and tonic properties. Also parapharmaceutics can be used for prevention and treatment of complex diseases. The main objective of parapharmaceuticals – stimulation and normalization of the functioning of individual organs and systems. However, the level of the body of many biologically active substances and their rate of consumption is not determined. 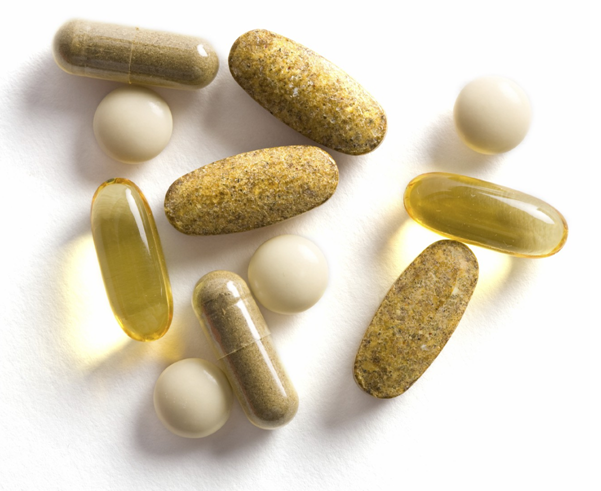 Probiotics – a class of food supplements, manufactured by microorganisms representatives of microflora of the human body. The purpose of their application – to restore the balance of the microorganisms inhabiting the various mucous membranes of man and as a consequence of the normalization of the functioning of body systems. Probiotics can be classified as follows: